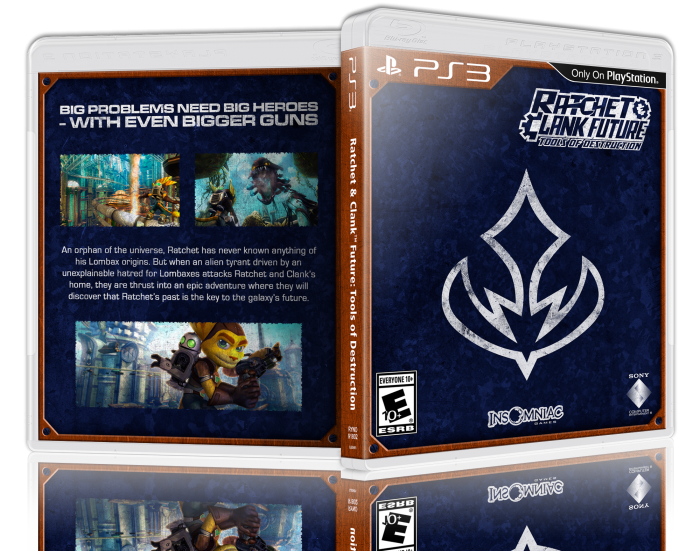 A cover for Ratchet & Clank Future: Tools of Destruction, part of a series for the Ratchet & Clank games named Raritanium Editions, with simple, recognizable designs from the games. KBABZ worked on the primary design and assembly whilst Runelea made the vector game logo and emblem, which is the sigil for Emperor Percival Tachyon's empire in Polaris.

For this cover, the colours are meant to link to the game's HUD and UI, as well as the US manual which had the same style. The tagline is taken from the original PAL cover, while the blurb is from the original US cover.

I kinda of like these but maybe make a few changes like lowering the opacity of the reflection and adding some screenshot borders. Might make them a bit more fun to look at.

The CG box rendering was done with a lovely script and .psd from NeoGAF, so I'm not sure how to lower the reflection for it.