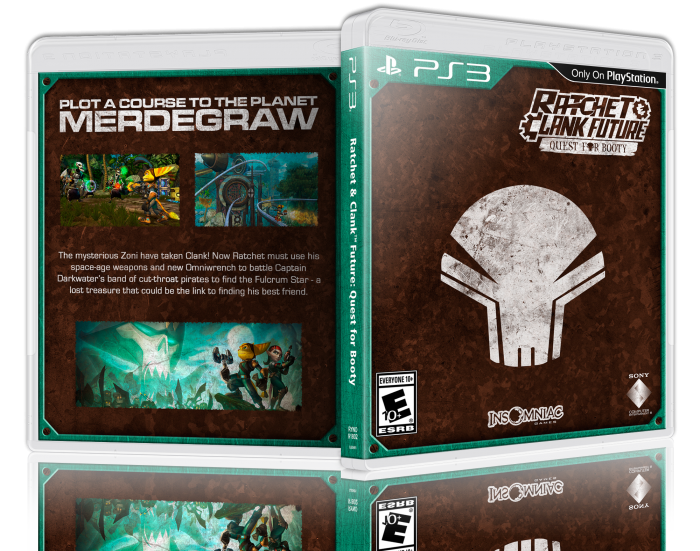 A cover for Ratchet & Clank Future: Quest for Booty, part of a series for the Ratchet & Clank games named Raritanium Editions, with simple, recognizable designs from the games. KBABZ worked on the primary design and assembly whilst Runelea made the vector game logo and emblem, which is the pirate skull logo for Slag/Darkwater's pirate crew.

For this cover, the colours are meant to link to the ghostly green colour of the promo art and ghost pirates, whilst the brown is meant to refer to brown pirate wood. Both the tagline and blurb are taken from the PAL cover.