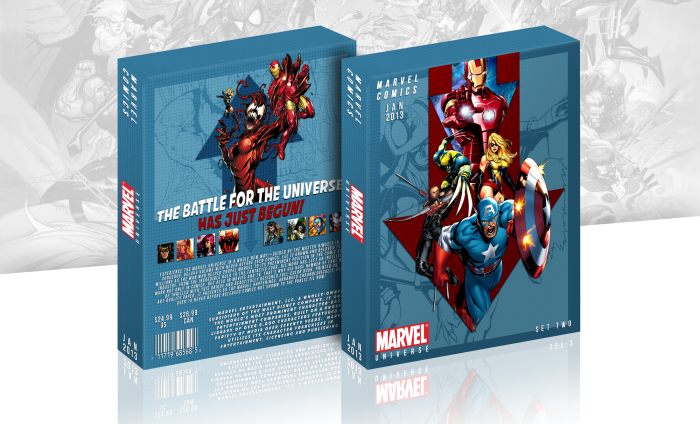 So this is a follow up to my last comic book set i made (link) This is actually only my second attempt at a book in general and I think I did a pretty good job personally. I think I improved on the stuff i mess up on last one. This is a fake comic book set so I really did have a lot of freedom with it and I think its better than the first one I made. Trying to match the comic art styles was a tough thing to do but this is really the closest I can do without using only one artist on the entire box. I hope you guys like it and comments and favs are always appreciated!

Some of your best work so far!

Wow, thanks guys for all the kind comments. Glad to know this is well recieved

Presentation is peculiar, but I get it. Something to note, when you put a drop shadow under the legal information, price, and barcode, you make it look like it's almost part of the description. I don't know anything about comic book sets so that probably has zero relevancy here.

Well umm...I dont even know what to say, I was not expecting this to EVER get in the HoF but alright lol thanks guys for the support, I appreciate it :)

Why are your boxes so sexy?

Basically this is good.