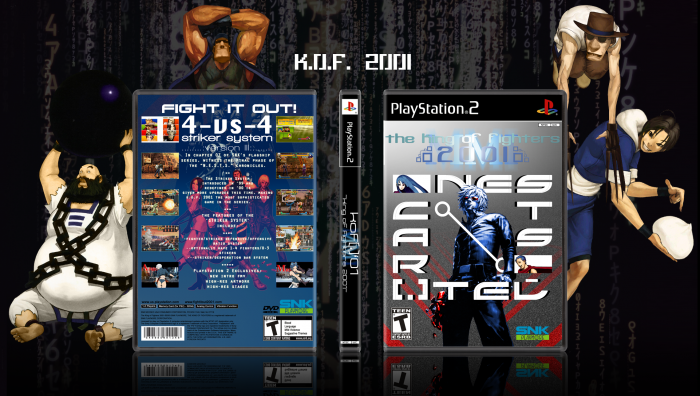 This is the most recent boxart that I've been working on since the late summer of 2014. I noticed the lack of King of Fighters-based boxart, so I decided to put my 2 cents in (Then again, the series is underrated). And yes, I apologize if the characters around the boxart is a little (or very) off-putting, but I had to show you the type of art style that was made by Nona for the game (these are actually rejected artworks for the game).
Special thanks to master_general for his PS2 cover template, and even to Martiniii332 and jevangod for PS2 plastic case template!