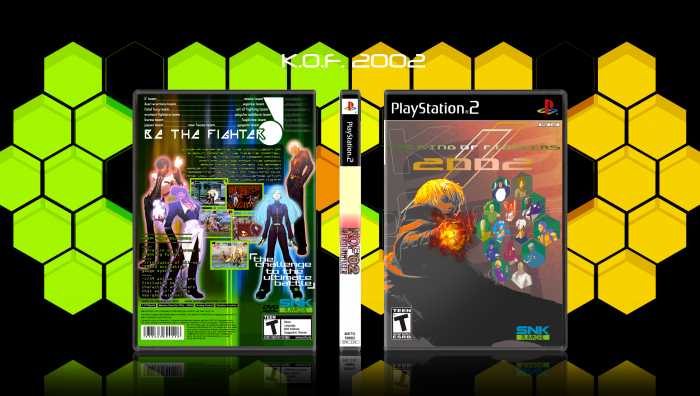 Here's another King of Fighters boxart! It took a while to make this one, and it was a lot of hard work putting those characters into those hexagons. I even had lots of trouble with K' (Pronounced as 'K Dash')'s hair on the front cover.
Fun Fact: I made this one before I made the boxart for King of Fighters 2001.
Special thanks to master_general for his PS2 cover template, and even to Martiniii332 and jevangod for PS2 plastic case template!

I prefer this to your last case. Good work

@Jullrouu Hahaha, was it because of the silly characters I put around the boxart?

@Jullrouu Although I liked the front cover on the previous one, I do like this one a tad more.