[ Buy No Man's Sky at Amazon 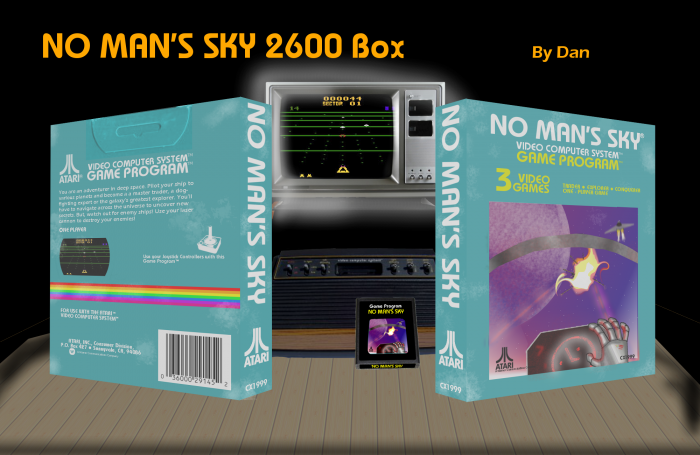 So, here it is.
I didn't post this to the WIP threads or anything because I wanted to surprise you guys.
I saw that you all liked my Demake box with original art so I thought I'd do that again, but on a much larger and higher quality scale. The art on the box was made & drawn entirely by me, and I drew inspiration from the Star Raiders box and an certain NMS screenshot, and really tried to give it that awesome retro art that 2600 boxarts used to have.
The template was designed by me from the ground up. It's supposed to be as accurate to the original style as possible but on the back I changed some things around a little bit to add some colour.

Screenshot on back & TV is from BeamRider.
TV, 2600 and Blank Cartridge from Google

Thank you so much man!

Thanks a bunch man! It means a whole lot, I really poured my everything into this one

Really cool! Love the retro look of this.

I appreciate it dude, thanks!