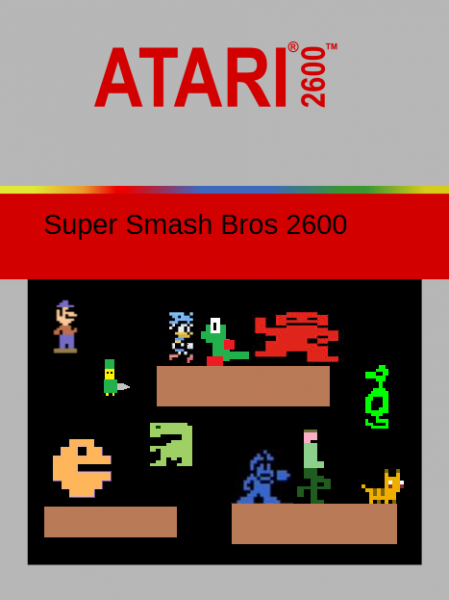 An Atari 2600 version of Super Smash Bros. with 2600 sprites of popular game characters and best selling Atari games (including the infamous E.T.). This is one That I've been wanting to make for a long time but just didn't get around to it.

This is your best cover