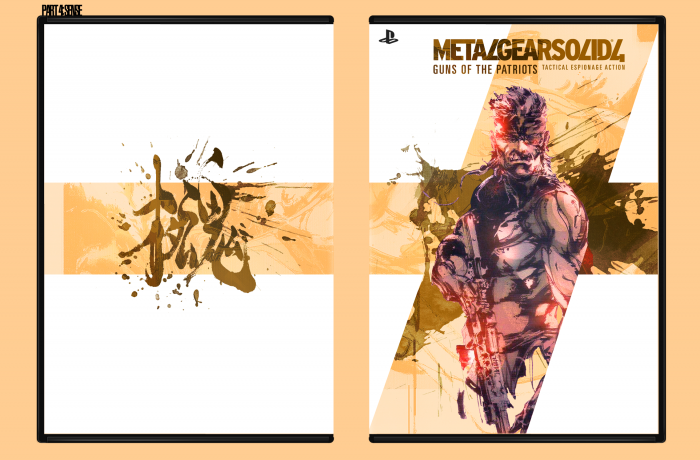 This game hold a very squishy spot in my heart. I picked up the limited edition version of it, with my Christmas money one year, when I was a kid. I bought it because MGS2 left such a grand impression on me, and so I wanted to continue the series. I had no idea what I was in for.

I remember being so excited when Raiden returned, as a badass Cyborg Ninja. The fact that I could control Snake, piloting Metal Gear REX, and beat the shit out of a Metal Gear Ray unit, watching Ocelot generally just being a goofy jackass: link Yeah I like this game a lot. So much that I got all of the emblems, including the Big Boss emblem.

This might be one of my favotie designs I've made so far as well. At first, I was hesitant to use splatters, because, you know, it's overdone. But I wanted to capture something similar to the expository cutscenes in the game and I think it turned out pretty well. So I think I have pretty good justification for it, considering the game utilizes them quite a bit.

More by Sonic the Hedgehog 39