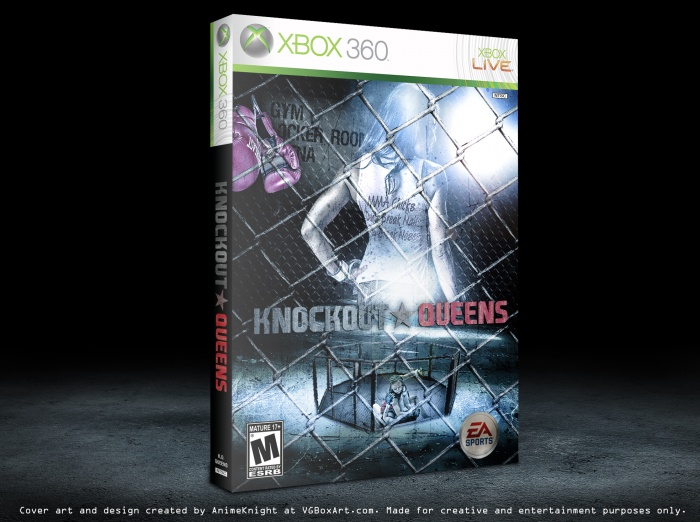 Thought I'd post a box even though this site is dead. Made this back around 2012 after playing Fight Night Champion and got the idea to design a cover in the same style, but with an all-women's MMA concept. Knockout Queens is kind of a reference to EA's Knockout Kings boxing series, which eventually was renamed into Fight Night. Added grunge textures and marks, cages, distorted effects and an underground aesthetic to give it that gritty look and feel.

Good work bro man, hope to see more from you, even on a dead site

Thanks man! Got more boxes I'll be posting occasionally!

@AnimeKnight Will keep an eye out for them!