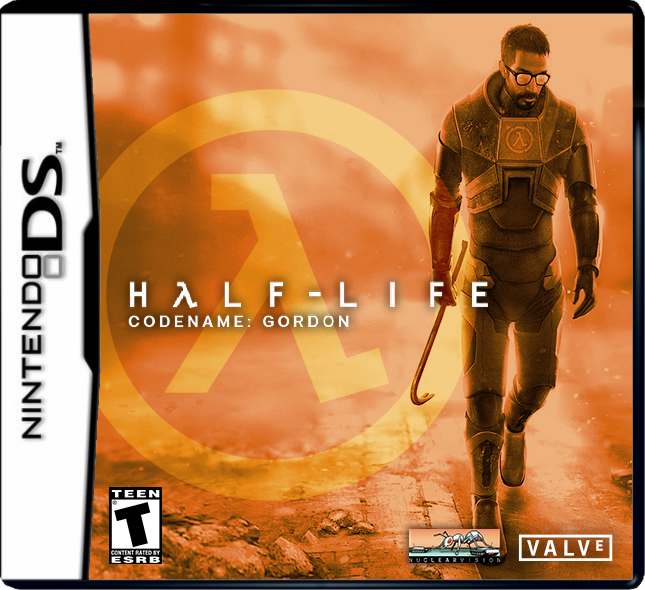 This is a mockup of what the box art would look like for Half-Life: Codename: Gordon (or simply Codename: Gordon) would look like if it was ever made for the DS. It was planned for the DS, but got scrapped for unknown reasons. The PC version did come out, but it got delisted 3 years later in 2007/2008 due to the developer going out of business. However you can still play it if you insert some Steam command into your browser, or search on ModDB for the EXE. If this game actually came out for the DS (and maybe that scrapped Half-Life Tower Defense game for the Switch that was rumored) then Gordon being in Smash could've happened, yet it never did. Image made with Photoshop alongside an AI Upscaler (some of the assets were low quality, but have been repaired)