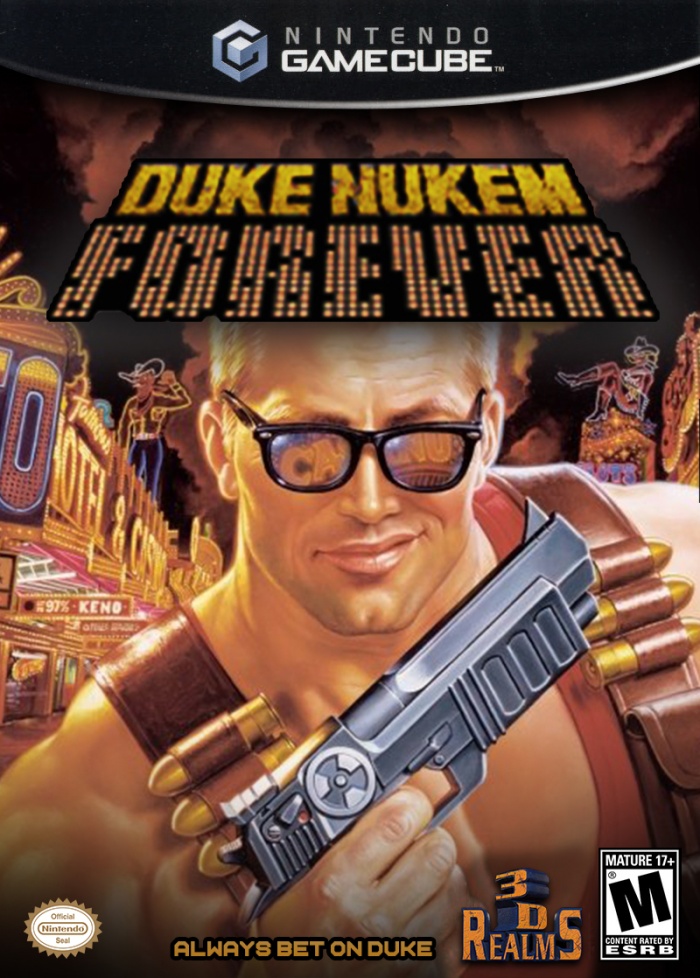 Sorry if this boxart is garbo and low quality, I tried my best at replicating 2001 DNF's artwork on to the GameCube. This boxart is actually based on something true, as Duke Nukem Forever, in it's 2001 stage, was being developed for not only PC but also the GameCube before development crapped up years later. Many years later until 2011 and we got the garbage truck known as Duke Nukem Forever. Also the "ALWAYS BET ON DUKE" motto on the bottom was the game's tagline during it's 2001 stage. I put it there on the box art, inspired by Um Jammer Lammy's front cover having the text "Leave it to Lammy" right next to the dev logos and ESRB.

UPDATE: I updated the box art to have a slightly older 3D Realms logo, since that's what they we're using around the early 2000's on games like Max Payne and Prey. The one I used before was from the actual Duke Nukem Forever in 2011. Sorry if the part looks splochy on the 3D Realms part. I didn't save the PSD of the box art and I had no choice but to use the original Duke art over the old logo then do a bunch of complex color correction stuff to hide it and to put the new logo on. It's horrible but I tried my best.