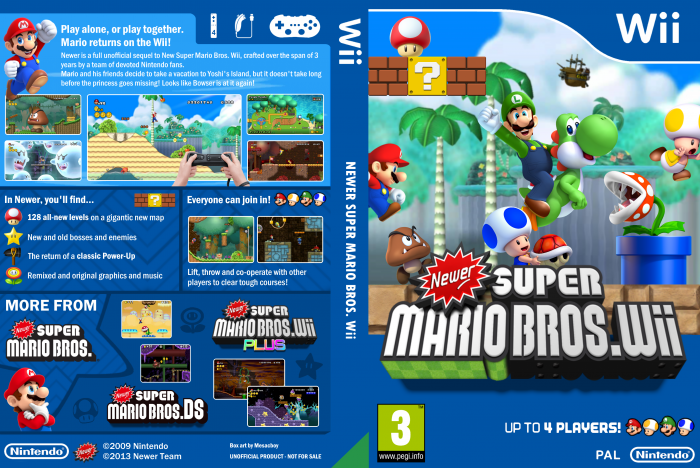 Newer is a full unofficial sequel to New Super Mario Bros. Wii, crafted over the span of 3 years by a team of devoted Nintendo fans.
"Mario and his friends decide to take a vacation to Yoshi's Island, but it doesn't take long before the princess goes missing! Looks like Bowser is at it again!"

Note: the creator of this box art has no affiliation with the Newer Team.
Box art by Chronova/Mesacboy. Aims to emulate the New Super Mario Bros. Wii box art.