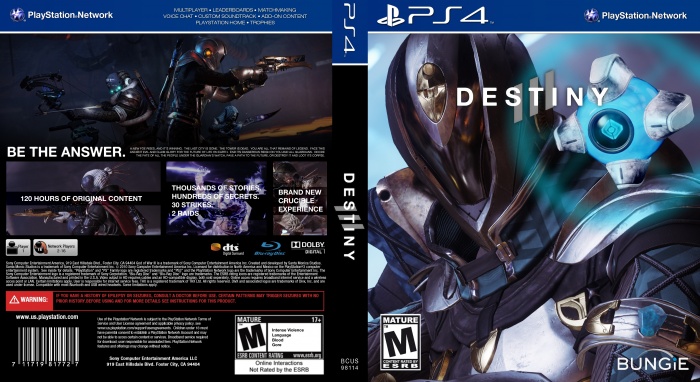 After disliking the "2" on Destiny 2, I decided to see how a roman numeral title would look. One thing led to another and suddenly I was making a full piece.

After defeating all the enemies of the Tower, a new Golden Age had begun in the Last City. Survivors of all people came from distant lands to the safety of the Titans' walls, the Warlocks' magic, the Hunters' feasts. Now, the Last City is ashes. The people we swore to protect are dead. The Vanguard, the Light, has disappeared. Will you face the coming storm?

Not bad, I would try not to just have text over screenshots. Also have you tried making more on the presentation of your case. Like a 3d style etc...

This is by far your best design yet.

Thanks so much for the feedback! 3D is the dream, but I'm using a software that would make that very difficult, so 2D is all I have right now.

@Bulbsy well if thats the case another way to layout yo could think about is like this. link

It's 2d but has a bit more depth to the overall image.