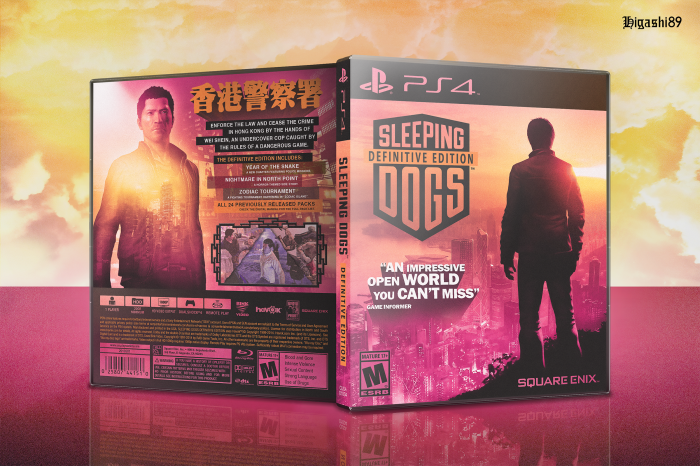 This was originally made by HolyFad (link) and finished by me.

I wanted to make the box art close to it's original concept while doing my own tweaks on it. Even though HolyFad only finished a front cover, I made all the rest based on that.

The colors are vibrant, and I wanted to use 3D texts on some spots. The template was modified so it combines with the box's design and I think that's all I have to say about this. This game is basically Sleeping Dogs including all the DLCs released for it plus enhanced graphics. It's also available for Xbox One and PC.

PS4 template and plastic case i took right here in the Resources section.

I love what you've done with the rest of it. Great job!

I'm glad you liked, I made my best to finish your work... our work

This turned out superb. Great job.

I remember that front (without the quote) but this came out great and flows real nice together. You can't even tell it's made by two different designers, so nice job guys ;)