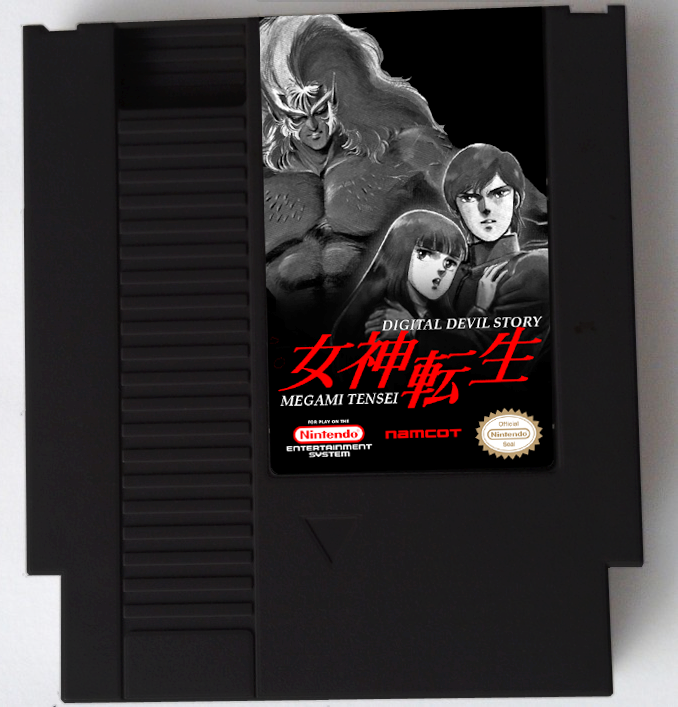 Custom label for hypothetical Megami Tensei release in the west.

I chose B/N with red because I think its pretty cool having the game in that "horror" atmosphere.