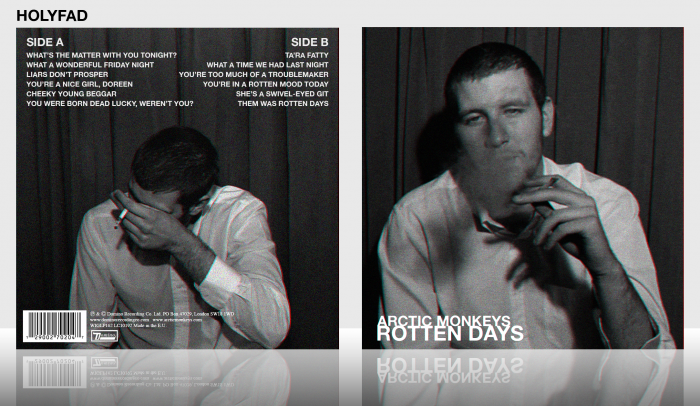 I've always wanted Arctic Monkeys to release a "sequel album" of a sort, to their debut album. I guess this is it.

I didn't just pull the album and track names out of my ass. The name of the first album was a direct quote from 'Saturday Night and Sunday Morning', so all of the names are quotes I took from the novel.

This town's a different town to what it was last night, you couldn't do that on a sunday.

That girl's a different girl to what you kissed last night.

Update: fixed a spelling mistake on the back.

I can't see through your fake tan.