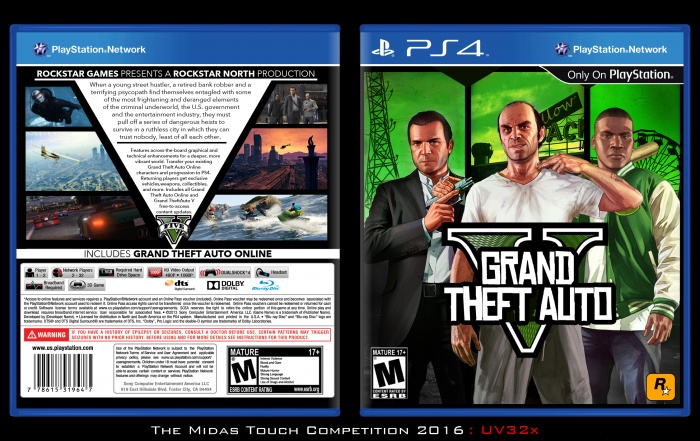 My entry for Round One of the Midas Touch Competition 2016. The goal was to "recreate" an outdated box from another designer, while trying to incorporate elements of the old box in it.
This was actually a lot more difficult than I was expecting. I did my best to incorporate certain elements of the old box, such as the main character on the front (And the image in the background of him) and the screenshots the designer used. The original back was an exact copy of the official box so I felt like I needed to change that in order to really elevate the design.
Here's the box I got given: link

Hmm... While it is an excellent box (as usual), I'm not sure how well it matches the original. Still, it's impressive!

Pretty much this, I'd suggest basing upon the color scheme of the box, having a predominantly green looking cover, as well as incorporating the Red Dead Redemption font somewhere, maybe?

Thank you both for the feedback!! Yeah I was slightly worried that I changed the front too much, I'm working to incorporate more green into the background and possibly changing the logo!

@Ultraviolet32x I agree with the above. Still very nice

Updated Version 2: Not sure if I like the green, but I think it resembles the original box a lot more. Also changed the logo to the Red Dead font.

nice update now looks much better then before

Much better with the update. Well done man