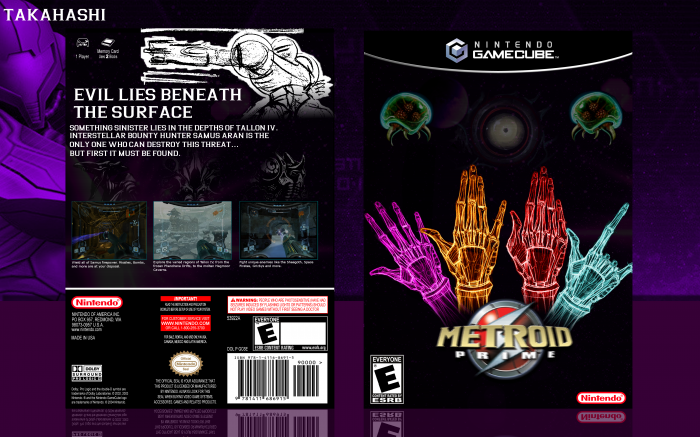 So, the idea of a box using only concept art was thrown out in the Compcept Thread, and before it was even finalized as being a thing, I had this idea in my head. The four hands represent the four beams Samus obtains throughout the game (from left to right: Wave, Power, Plasma, and Ice) the shapes the hands are making are the way Samus must contort her hand to use the beam (as seen through the X-Ray Visor in game). I got the idea for the front after seeing the concept art for Samus' hand through the X-Ray Visor.

Credits:
Art - Metroid Wiki (Some rendered by me)
Template - beardedwalrus

Loving the x-rays, something rather unique not seen on other boxes on the site:
p.s. not my template

(Also I got the credit thing fixed. Sorry about that.)

wow how did I not see this, really nice job!