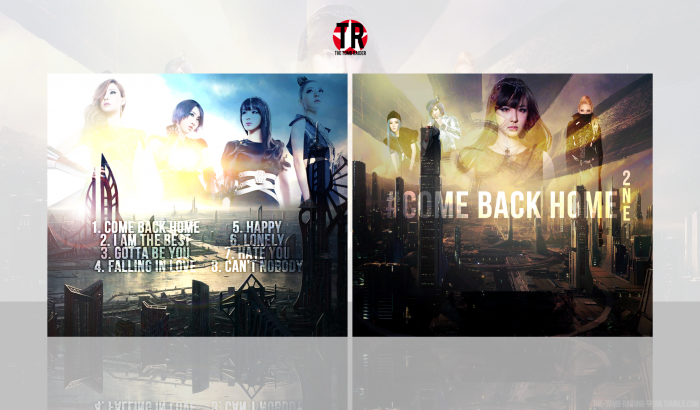 Just to clarify, this isn't what you might call a *proper* box from me. Recently, 2NE1's Park Bom (my favourite member) has been involved in a drug scandal, and has received so much hate from the public that she has disappeared from the public eye in order to reflect. The story is completely unfair, the so-called 'drug' was prescribed to her by a doctor, for a condition she has. So, to show my respect to the band, I made this cover.

Anyway, so yeah. A 2NE1 cover. The album doesn't exist, just made it up.

I'm not into the band, but this looks really good. Nice job, Nathan! :)

Didn't really expect anyone to be a fan, except maybe one person to be honest, haha. Thanks Frank! ^.^

Now this cover for 2ne1 I really like In comparison to your older one. Good work man. Good design

Yeah, I prefer this one too. I put more time/effort into it.
Thanks Vince! ^.^

The only thing i don't like is i feel the faces on the front should be more visible, but that's minor I'll fav. I like the dynamic color scheme very much.

I really like the lighting that has the front, it looks pretty nice. But I do not think so back cover as the faces of the girls are not very visible besides I see too much light and obscures the body of one of them. I like the source, also the design. good job nathan ;)