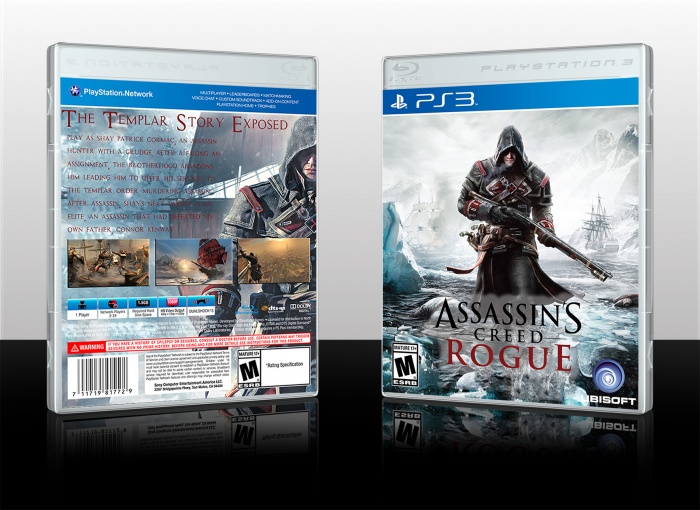 My take on the cover for the upcoming Assassin's Creed game. I wanted to do something different so it may not be as good as most of my boxes but it was meant to be an experiment. I based the front of the upcoming Game Informer cover and the back was based on the official cover. I was inspired to make it after I saw a comment about the limited art for this game on Warsony's box and I knew I had to use different art for the front! I hope you guys like it!

This was made in a short time, so it isn't so good but it doesn't suck either :)

Front is pretty decent, but the back could use some work. It's a little too text heavy, and also hard to read. Try seeing if you could add in some screenshots or something to make it look better.

I'll try, but it doesn't really seem to fit

Front is sweet but the logo placement is sketchy. Move it up more as it's way too close to the bottom of the box. Rearrange the text on the back and add screenshots

since it is not letting me update it properly (I changed the logo but it isn't coming), I'll keep the old design for now, then maybe after 24 hours or something it will update properly, idk tho. sorry

Thanks SMHS and Blue Mystic and I updated as per your ideas and I have to say... It looks much better (I also added the Ubisoft Logo)

Nice man, only thing is the text on the back is a bit hard to read.

That is true but most colors don't work and this is one of the only colors that fit. Thx for the feedback tho

Hey man, found your cover on this site...

I tried to report it but it doesn't work for me...

He also has My PS All-Stars 2 box, hmm I'll report them but this is just bs. I worked hard on my covers. Thx for letting me know