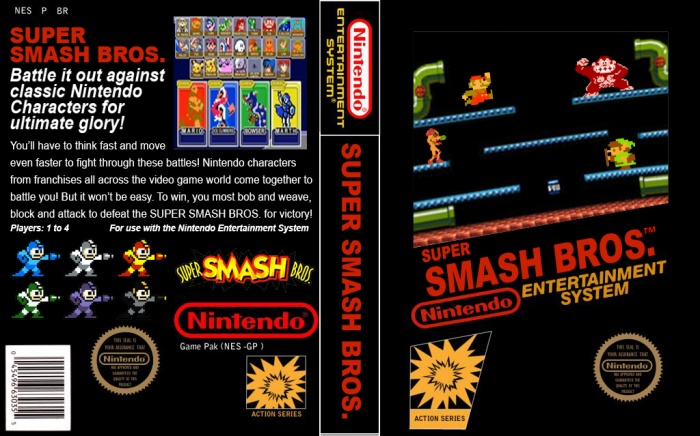 Going retro this time! This is a box art for a N64 game recreated for the NES. What if... Super Smash. Bros released around 15 years earlier? It would probably be this! Hope you guys like it, it is my first NES/retro box so it may not be so good. I used the text of Super Mario Bros. as a template for the back. Enjoy!

i'm pretty happy with it, but I enjoy your feedback so please tell me, good or bad