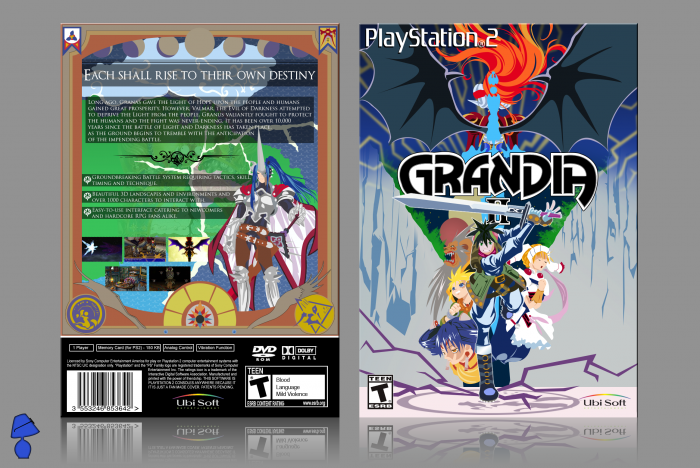 My entry for Higashi's Hidden Jewel Comp. Grandia II is an excellent RPG with fantastic voice acting (fun fact. It was this game that made me realise who voiced EVA in Metal Gear Solid 3). To be honest, I'm not sure how underrated or obscure it is. I almost never hear about it unless I'm specifically in a thread asking about it, but I figure it's probably obscure enough to count for the comp.
Everything is custom, including the logo. Text and template obviously aren't as is that faint thing on the back. Good luck to everyone in the comp. There's been some really good boxes that came out of it so far.

This is a very homosexual box art.

And by that, I mean splendid.

How the hell is this so underrated, dude? It's amazingly cool!