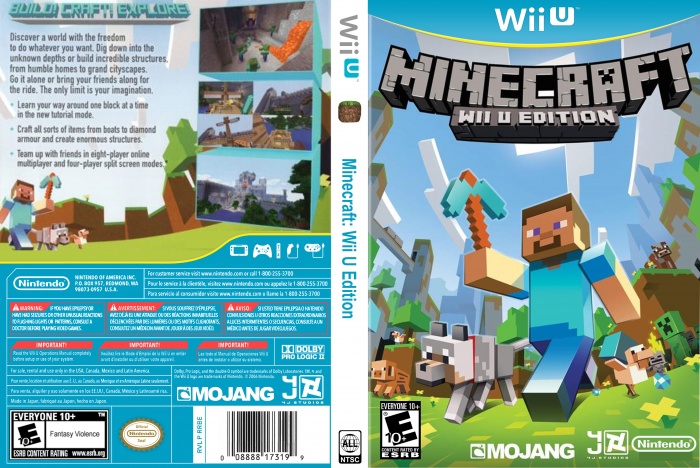 I love Minecraft and I know how it is expanding to other consoles but there is no NINTENDO!!!! I decided that if Mojang ever will make a Wii U Minecraft then he has a box art already ready for him. Yaaay. This is not meant to be an original design just had t look like the other boxes so it would all be connected. I'll be making a 3DS one soon as well but I hope you guys like this one!

There is a printable version if you want to prank your friends :P