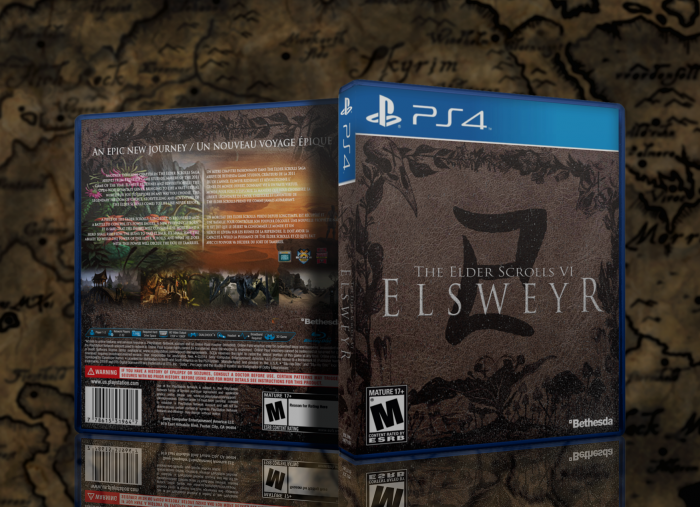 Another thrilling chapter in The Elder Scrolls Saga
arrives from Bethesda Game Studios, makers of the 2011
Game Of The Year. ElsweyR redefines and revolutionizes the
Open-World fantasy genre, bringing to life a vast virtual
world for you to explore in any way you choose. The
legendary freedom of choice, storytelling and adventure of
The Elder Scrolls comes to life like never before.


A piece of the Elder Scrolls, long lost, is recovered and
a battle to control itâ€™s power ensues. A new prophecy is born,
It is said that the desert will consume the world and a
hero shall rise from the ruins to take it back. He shall have the
ability to weild the power of the elder scrolls, and what he does
with this power will decide the fate of tamriel

This is brilliant, I hope you get HOF

Thanks ^.^ thats kind of you to say

Beautiful work! I kind of wish that there was more visuals on the back, because it's very text heavy, but I guess there isn't a lot of visual artwork for a game that doesn't exist :P
Nonetheless, I would love to see an ES game set in Elsweyr, and It's a design that I could see working for an official cover. Good job