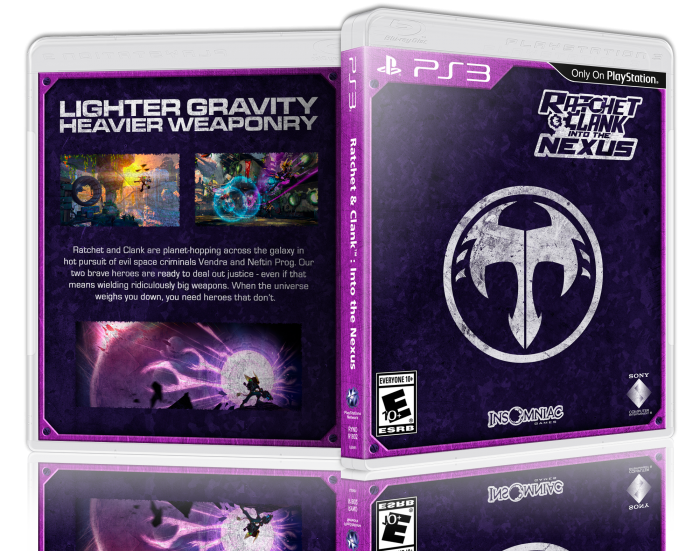 A cover for Ratchet & Clank: Into the Nexus, part of a series for the Ratchet & Clank games named Raritanium Editions, with simple, recognizable designs from the games. KBABZ worked on the primary design and assembly whilst Runelea made the vector game logo and emblem, which is the Thugs-4-Less logo as it appears in this game (it made a small appearance on Snivelak in Going Commando on the transparent retracting walls).

For this cover, the colours are meant to link to the pink and purple colour theme that permeates Into the Nexus' colour pallette. The tagline and blurb are from the original US cover, although the second part of the tagline, "When the universe weighs you down, you need heroes that don't", was moved to the end of the blurb for composition's sake.