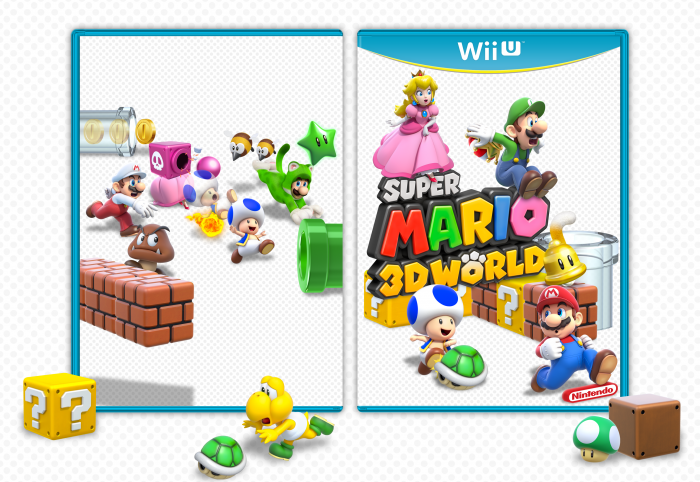 OK, let me start this description by saying I love the official box. I would in no way try to replace it or better it. That being said, I wanted to move in a different direction with this design, and give the game something similar to the official design for Super Mario 3D Land. I felt like the design for that game was very simplistic, with the cover focusing on the most unique aspect of the game: the 3D graphics.

So for this design, I wanted something equally simplistic, but instead of the graphics, I wanted to focus on the multiplayer aspect. This game reminds me of all the great gaming sessions I had with my friends when SSB Brawl released, and I wanted to capture that feeling of fun, enthusiastic chaos in this design. Not everyone's cup of tea, I know. Especially the sparse back design. But I felt like the scene I was creating was too important to be spoiled by cutting it off or covering it with information and screenshots.

Credit to Martinii332 for the Wii U template.