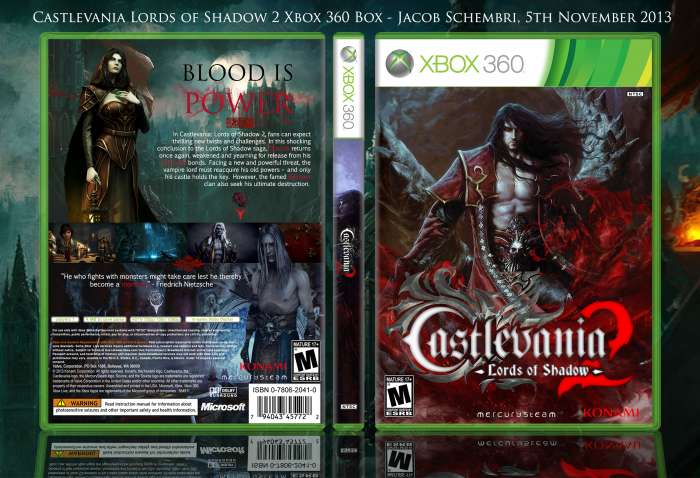 This took me over the time of 24 hours (including sleep, uni, eating and whatnot).
I used multiple renders and cut them out to make this. The hardest was the blood splatter you see at the front, as Gabriel was embedded in them.

The font used for "Blood is Family" is Trajan Pro, which is very similar, if not the same to what Konami used. I was going to also add blood is everything and whatnot, but found it easier with just one as it was standing alone and unique.

Criticism from you guys is appreciated, and seeing as I'm still new to the box art thing, any free pointers would be awesome.

Anyway, I hope you liked it. I'll add a printable if you guys want one, but I'm sure the official box art is WAY cooler than mine.

It looks really good. You did a nice job on the renders.

Thanks. I'd like to think I've gotten better at cutting out :)