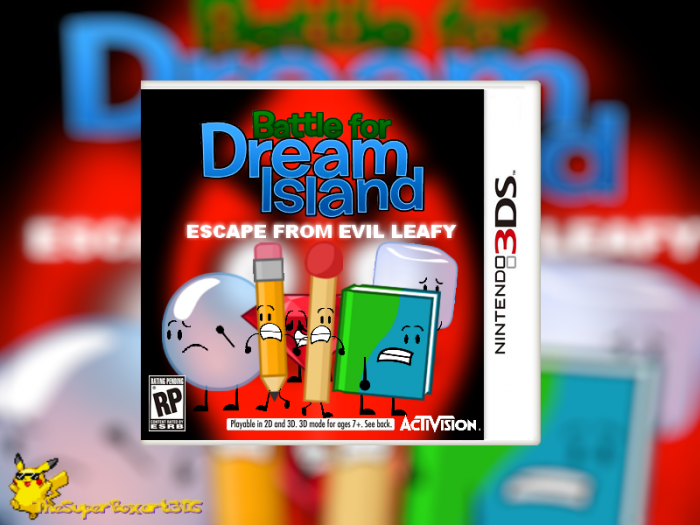 Okay, most of you guys probably don't know what Battle for Dream Island (BFDI) is. I'll explain for those who don't know. BFDI is a web series on YouTube in which inanimate objects with faces, arms (some characters are armless like Ice Cube on the box), and legs compete for Dream Island, a giant island of luxury. So it's basically Total Drama but with objects. This box is based of a BFDI flash game made by the creators. The creator of the show is Jacknjellify on YouTube, and it is now in its second season. Check his channel out if you can.
BFDI is not the only show like this. There are tons of object shows out there on YouTube, and if you watch BFDI, you might find them. I chose Activision for the game's publisher because they have made SO many licensed games and console ports of online games. So it just made sense to me. IT'S NOT A JOKE!
Also, how does my watermark look?