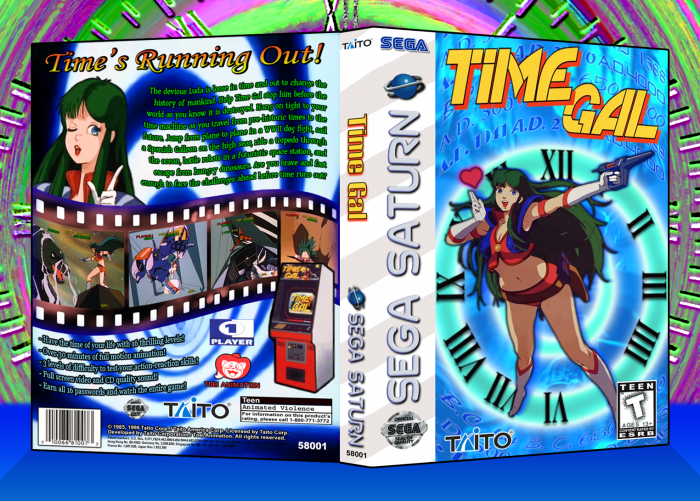 I actually made a box for this game a few years back, but it came out all blurry and I wasn't very satisfied with it, so I decided to completely start over from scratch. I also did some major cleaning with the renders, as the original images were filled with messy artifacts. It took me a while, but I'm really glad with how this came out.

Time Gal was a Laserdisc game that came out in the Mid-80's and was ported onto several consoles years later. The Saturn version was only released in Japan.

This is really good, I've been meaning to play this game.

Not bad. I would refrain from using such a bothersome color for the text on the back, but everything else is solid.