[ Buy Child of Eden at Amazon 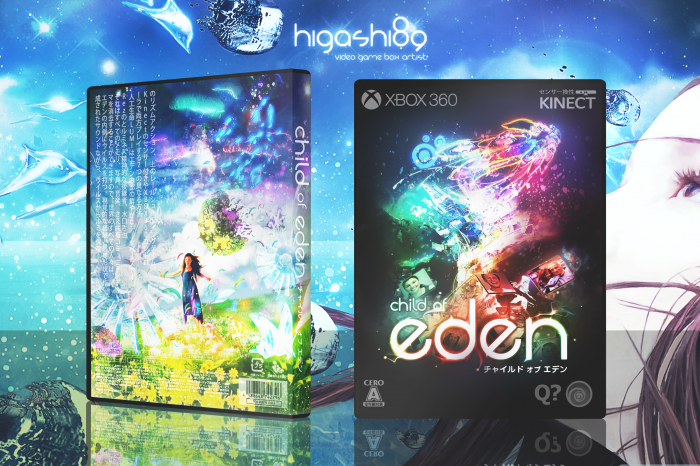 My version of Child of Eden for Xbox 360 with Kinect support. I missed doing japanese box arts so I sticked with this game I was recently playing until I bough The Orange Box and stopped playing it =P but anyway, hope you guys enjoy I tried to make a minimalistic box, and the writings was supossed to be a little transparent due to it being a plastic covering the box art with "information" but you can take it away and have a more clean box.

Wow, looks really good. Nice colours. But I would like to see, how it looks without that "transparent" cover on it. The colours should be stronger. Can you put it as printable without transparent?

But I can hardly say, how much of it is your work, and how much is already been official artwork. It looks really awesome anyway.

i enjoy this an amount that exceeds......er love?

the back is a bit too hectic for my liking, but that front is an absolute killer!

As Bastart said, the frond is perfect. The back, however, is far from it. The text is barely visible.

It's japanese, not chinese.

Thanks everyone for the 3rd Hall of Fame =')

Okay.
Alright.
Yeah, I get it.

So, when did you become Moogle?