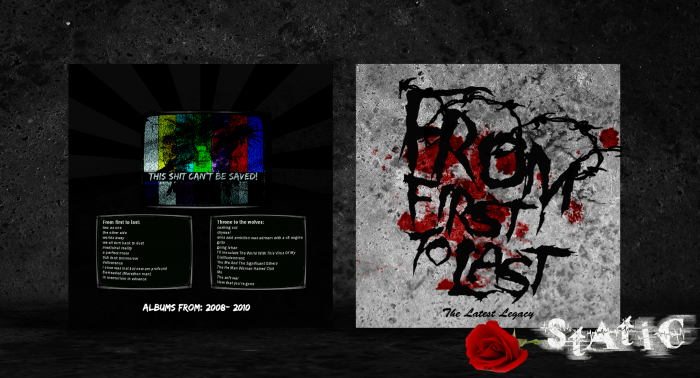 So, I found this on my computer. It was probably from last year or so, and it was barely even attempted at. So I screwed around with it these past few days, and here we are. :|
This band is pretty good. I used to love them, mainly their old stuff, which is what this box was supposed to be representing, though now it's about their "new" stuff. The band has been non existent since 2010. It's a compilation of the two "latest" albums.

From First To Last Cover Comments