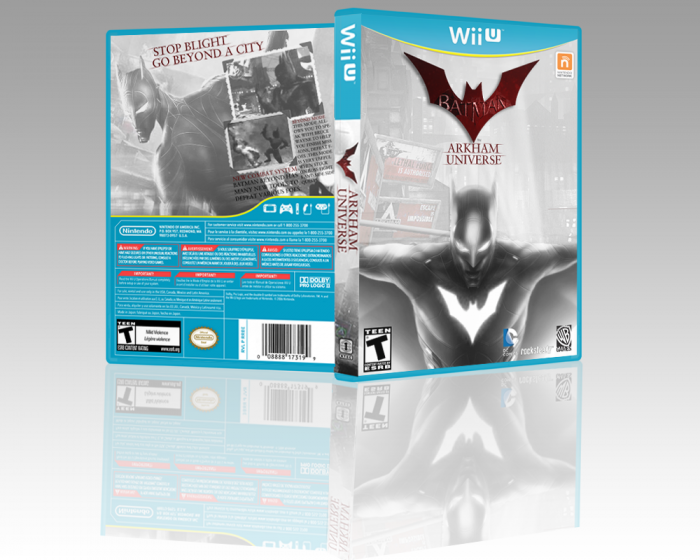 A remastered version of my original box art which can be found on my page. Credits to Yoshi for the Wii U box template. This is a fantasy game based on the animated series "Batman Beyond" which follows the story of the original Batman (Bruce Wayne) now being a mentor for the main protagonist in this game, Batman Beyond. Hope you guys enjoy!

You should have just updated the original box.

Didn't know that I could :p.

Pretty cool, but the text is hard to read on the back.