[ Buy Mac for Wii at Amazon 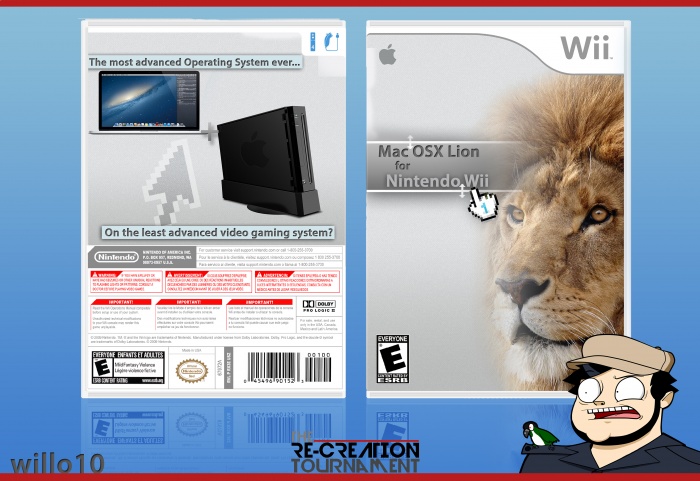 My entry into the Re-Creation Tournament.

Yeah, I won't get anywhere near winning, but really, what could I do for Mac For Wii? I mean really.

Also, yes, i know the real name is Mac OSX Lion for Nintendo Wii, but I needed to tag it under the same Box name. So don't get so Butt-Hurt.

I'd be lion if I said I didn't like this box.

I'd be lion if I said that I had a reply to that.

Id be lion if I said dis box sux

As a complete Apple fanboy, I really like the concept and the design looks great. Well done.

Lol, great idea and also very nice clear and well designed. I not so much of a mac fan, but the design matters. Great!!!