[ Buy The Spectacu... at Amazon 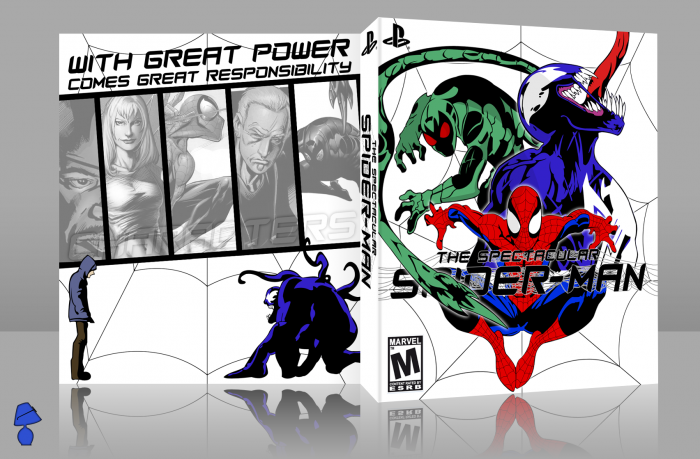 No, this isn't a real game, it's just a...a thing. A good thing I hope, but a thing nonetheless.

I don't know how I feel about the back :/ (the black/white doesn't look right in comparing with the colors on the front imo.)

but that front is quite a spectacular sight, amazing job! (See what I did there :p I really mean it though)

Hm, I was pretty unsure about that too. Maybe if I made the tagline red?

Thanks, but I can't really claim this is custom. I just traced the source images (which were too small to use.)

I really like this, it just looks very comic book and appealing.

I do like it. but to me it looks unfinished...

I'm sad to hear that, any way it could look less unfinished?

I Think The Venom Vs Peter parker in back is in The First level Of
Ultimate Spider-Man PS2 game. Right ? Anyway Rally Nice .

Cool one! But I can't help but think the back is a tad too empty. It looks very well-done though.