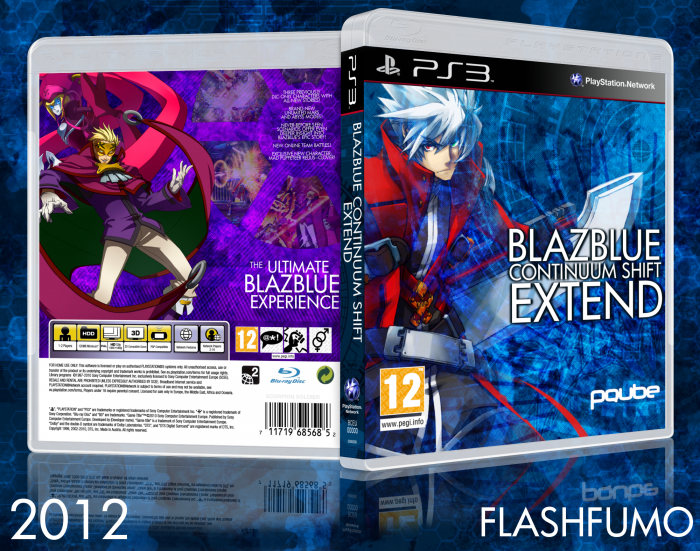 Welp, I sure haven't been here in a while. The site looks... different.

Anyway, I made a new box, yay. It's BlazBlue again, but I find BlazBlue boxes easy ~and~ fun to make. I wonder if I've been getting any better, though.

UPDATE: Reflection was all messed up. Fixed it now. ._.

I just came back too xD I thought the same thing, loll. But this is pretty awesome. I'm surprised this didn't get more attention. But anyways, Welcome back! :D

And I would move the logo a little to the left on the front ;D Same goes for the tagline on the back. And I didn't even notice the text on the back until now, So I would make it more visible. :)

@waterlordo Thanks so much. ;_;
Moving the logo and tagline would be easy, but I'd have to make some serious changes to accommodate the back text. I shall see what I can do!

Well, I'm not familiar with the game itself so I don't know how well the design fits the game but I do quite like the box. The presentation is my biggest nitpick, it's too similar to the box and takes away too much attention. Also, I would make screens on the back fully visible.

Not bad. My largest complaint lies with the textures. BlazBlue has a pretty clean anime flair to it's artwork, and the range of textures and effects applied seem a bit overpowering. It's all just a bit too "dark" for my tastes.

I like the colours used and the simplicity of the logo. Can we get a printable version?