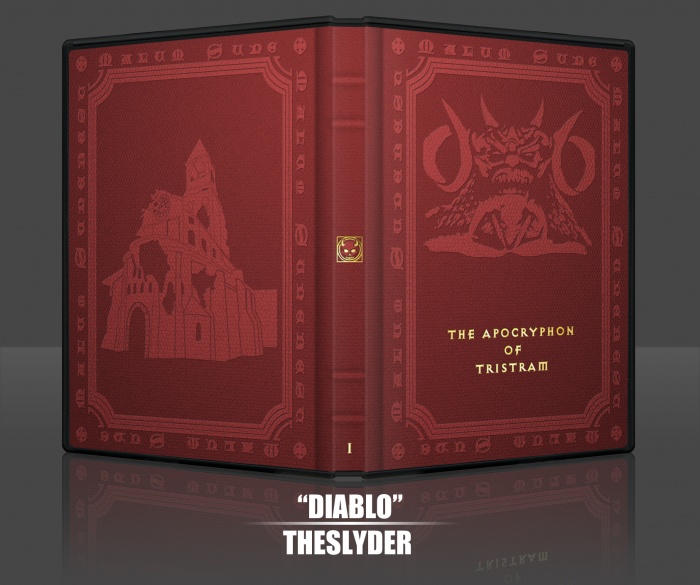 I've always been very smitten with the idea of game covers that look like ancient tomes. I've always wanted to do games like this but I wanted to design the leather texture from scratch in Photoshop, rather than pasting a pre-made texture. It took a lot of experimentation and Googling to finally figure out how to do it, but I think I finally found a result I'm happy with. This is the first in a three-part series in celebration of the Diablo series (That three-part series is also going to be the first in a series I'm going to call my &quot;Video Game Codex Project&quot; in which I'll be giving the &quot;ancient tome&quot; treatment to various video games.)

Oooh this is interesting, and I find the texture you used very fitting and well made. You will have to share how you made it, as it looks very authentic. The colors are nice as well, and does indeed fit that "Ancient tome" look. I like this quite a bit.

Thank you. Here's the tutorial that I used as a basis for the texture. Experimenting with it will yield different results, so I would definitely recommend it:

Very glad you enjoy the box.

Damnnn. I can't wait for II and III.

It looks like a really old fashioned book, probably the point haha. It looks absolutely incredible.

This suits the game perfectly. Emphasis on the perfect.

Awesome. I love the texture!

I too like the tome concept, especially when applied to games, and you've pulled it off quite well. Great work, Slyder.