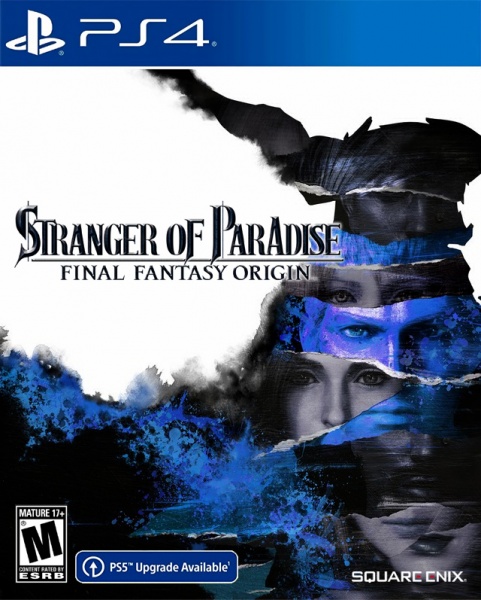 STRANGER OF PARADISE FINAL FANTASY ORIGIN™ is a new action RPG by SQUARE ENIX® in collaboration with Team NINJA from KOEI TECMO GAMES, that brings a bold, new vision to the FINAL FANTASY® series.

Burning with the strong resolve to defeat Chaos and the memories of their struggle buried deep in their hearts Jack and his allies, Ash and Jed, throw open the gates to the Chaos Shrine. Yet doubts remain – are they truly the Warriors of Light the prophecy foretold? Step into a world of dark fantasy and revel in the exhilarating, action-packed battles!