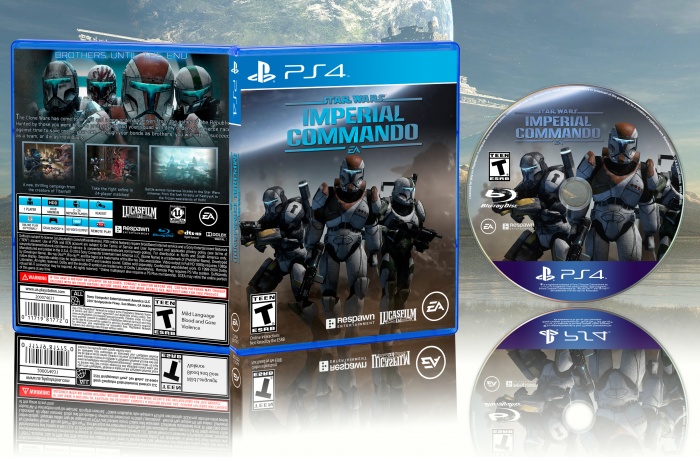 Not saying EA should do it. I'd love nothing more than for them to stay as far away from it, but if we did get one from EA.... I'd accept it on two conditions:

1. Respawn develops it.
2. EA doesn't ruin it with shady tactics like a focus on multiplayer and/or microtransactions.

Made the boxart myself with Source Filmmaker posters and screenshots from Republic Commando + 2017 Battlefront II.