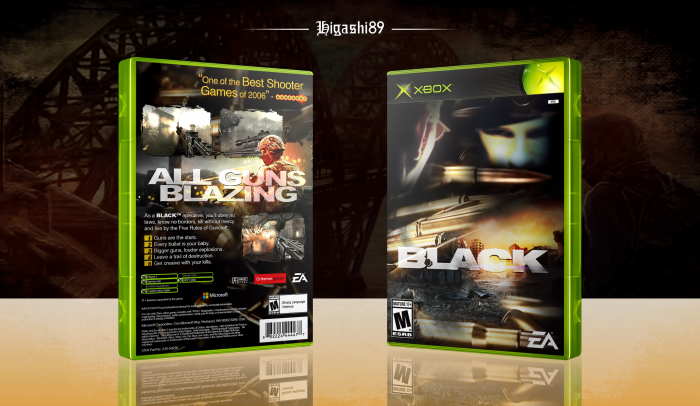 A great shooter game that I bought to play on my Xbox 360 via backwards compatibility. It's also available to play on the Xbox One.

I first played this game on my PS2, and man, it was a blast to play this game at the time, everyone was talking about it. Too bad nowadays almost anyone talk about it anymore. It's truly a masterpiece.

I know I was not active I was used to be, but I still make box arts every once in a while. I hope you enjoy it.

nice !
how did you designed the front part ?

I played it too. That was a great shooter at that time, if they could remaster it now. Btw ur cover is really nice !!