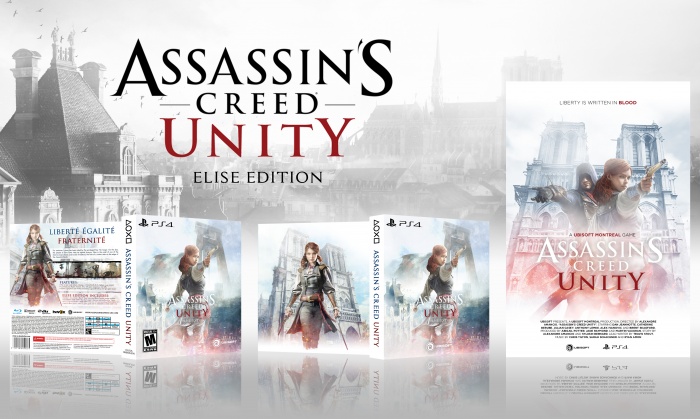 Thanks to lucidhalos and zorbic for helping me in the WiP 11-ish months ago, this was long overdue but thought to do the old gen titles first before finishing this up.

The Arno and Elise Editions were inspired by The Last Of Us' Joel and Ellie Editions. Originally, the Elise Edition was meant to be a standalone and was just an AC Unity box, until the idea came to my head. Also new box I've been working on coming soon hopefully so stay tuned for that.

good work but I would add a bit of color and brightness because it looks a bit pale...

What the fuck? How is art this good on this website? Best thing ever.