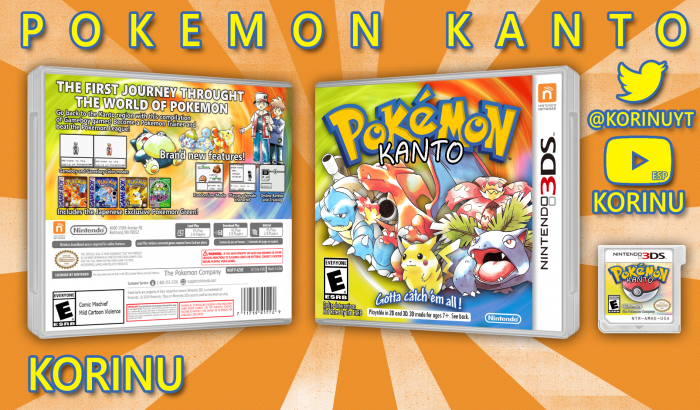 Hello everyone!
Its been 2 months since I last uploaded a box...geez, didnt realize it was that long ago. Well, nevermind that, here is the box Ive been working on, Pokemon Kanto! Its not a real game, its more of a box for people who have the four original games on their console, plus romhacks. I had to recreate every single render to have a good quality box, so I hope you like it!
BTW, Been trying to upload this for two days, I dont know why it doesnt work. Fingers crossed!
PRINTABLE AVAILABLE
EDIT: It worked!!!!