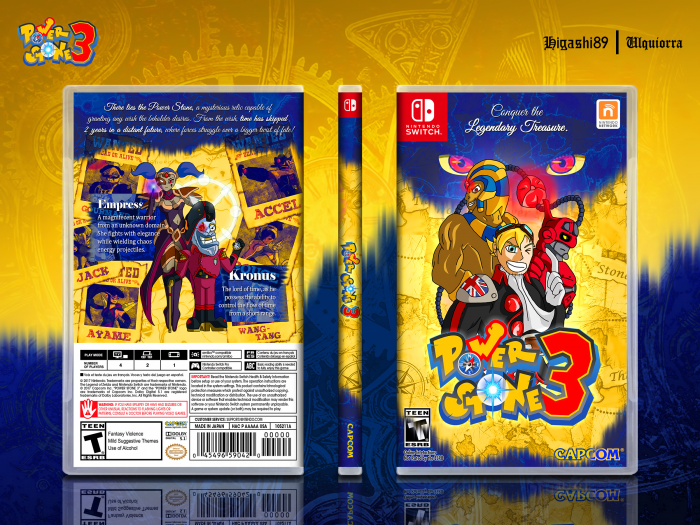 This is a collab box art between me and Ulquiorra that took a long time to finish due to a lot of reasons but we finally made it! He did the drawings and I did the box art with them, and we both came with the concept idea: a what-if sequel and new installment for the long forgotten Power Stone franchise

Power Stone 3 would feature new game mechanics and two new characters that plays a major whole in the game's plot: after a 2 year time skip, the world ended in some kind of crapsack world, while maintaining all the world presented in Power Stone 1 and 2. The recurring characters are now older and they got a new look. And basically everyone is after the Power Stone because it can grant any wish the beholder desires.

I hope you enjoy, it's been a while since my last box art so it's quite the fresh air for me!

So authentic I'm almost sad this was uploaded during this time. But one can only appreciate the custom art and creativity in an non-existing sequel. Nice job to the both of you!

This is nice. I like the color scheme and composition. Good job with the art, Ulquiorra. Great job overall.

Where did you get the template from, I'm looking for the back and the side, I already have the front template.