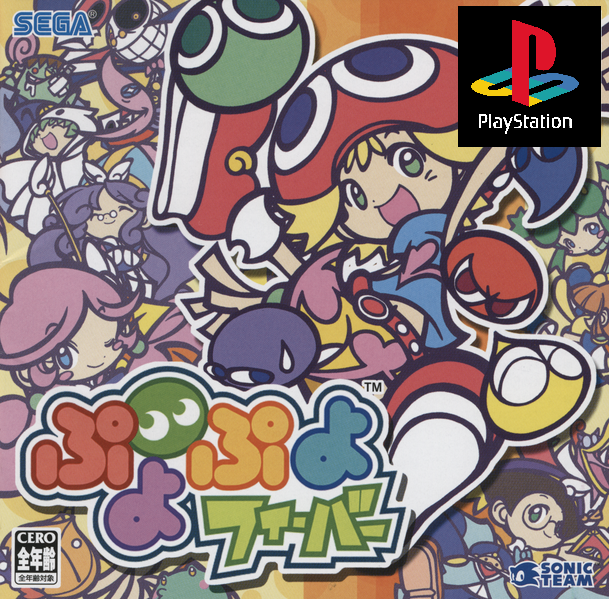 The era of Sega releasing original PlayStation games was coming to an end, meaning that the company only made a few PS1 games until 2005. This is the cover for one of Sega's final PS1 releases, "Puyo Puyo Fever", which was released alongside the Dreamcast version in Japan on February 24, 2004. "Puyo Puyo Fever" was previously released for Sega NAOMI arcade hardware and the PlayStation 2, and would later be ported to the GameCube, Xbox, Game Boy Advance, PC, PlayStation Portable and Nintendo DS platforms.

The original PlayStation was discontinued in North America and Europe in 2003, but continued to be produced in Japan until 2006.