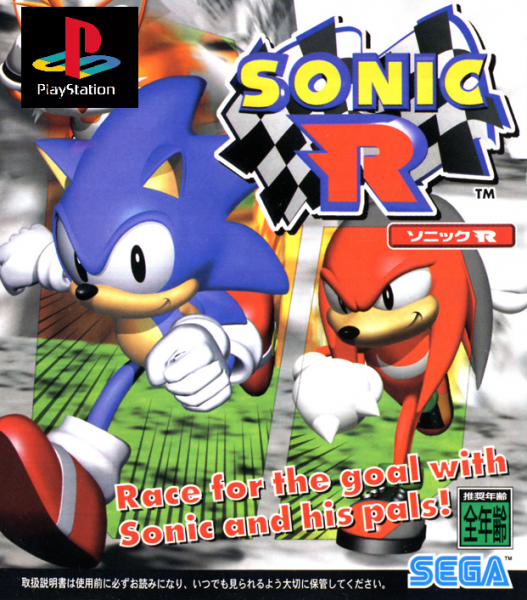 While "Sonic R" was released in North America for the Sega Saturn, the game was also brought to the Nintendo 64 and original PlayStation consoles (Japan only saw the Saturn and PS1 versions). This is the boxart for the Japanese PS1 version of "Sonic R".