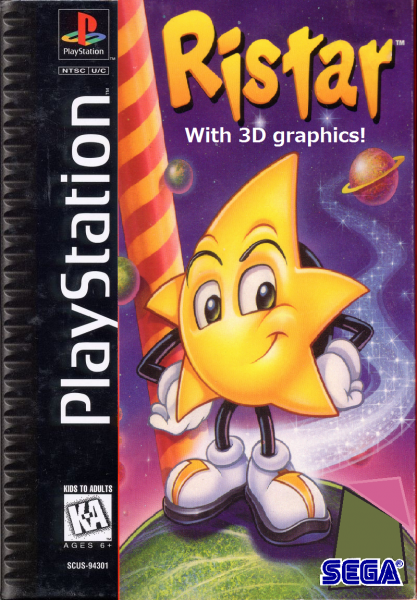 Starting in July 1995 (two months after the Sega Saturn was released in North America) Sega began developing third-party games for other consoles such as the Super NES, Game Boy and original PlayStation (but continued to manufacture consoles and develop games for their own consoles until the discontinuation of the Dreamcast in North America in 2001). This cover is for the PS1 version of "Ristar", which was released within the launch of the original PlayStation and featured enhanced 3D map graphics.