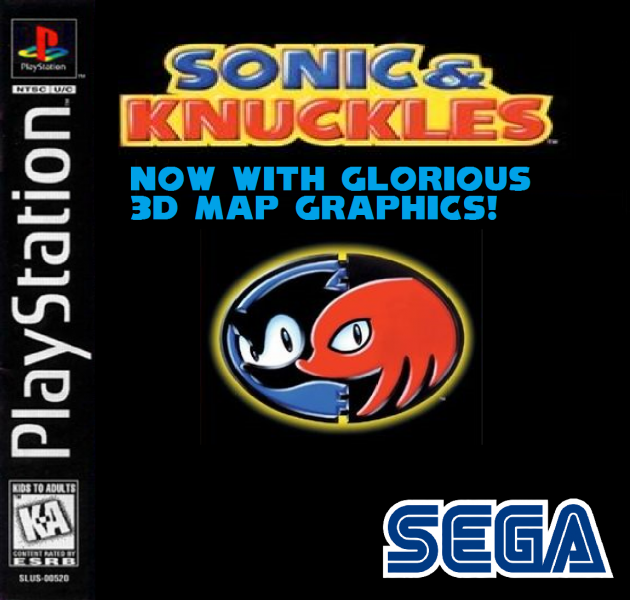 A while ago, when Sega was still manufacturing their own consoles, the company became a third-party and first-party developer. Most people believe that "MiniMoni" and the 2003 release of "Puyo Puyo SUN" were the only PS1 releases from Sega, but I decided to make this fake cover of "Sonic & Knuckles" for the original PlayStation (a port of the original Genesis game complete with "Sonic 3" and "Blue Sphere" games, but all the map graphics were rendered in 3D).

This is my first submission on VGBoxArt.