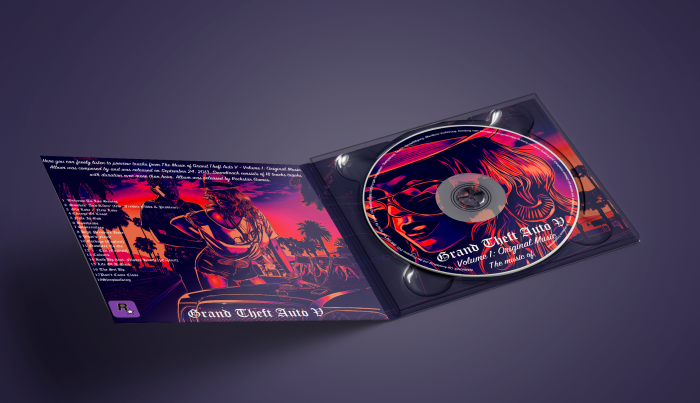 Here you can freely listen to preview tracks from The Music of Grand Theft Auto V. Album was composed by Oh No / Tangerine Dream / The Alchemist / Woody Jackson and was released on December 9, 2014. Soundtrack consists of 59 tracks tracks with duration over more than 3 hours. Album was released by Mass Appeal Records.

Sarashi this box is suitable ?

@Deadpool As long as there is a box with art then it's OK. I'm not some sort of authority on whether it's acceptable though.

@Sarashi I thought that you are the authority of customs......))

@Deadpool Dude, what are you on about?

your work @deadpool is bullshit