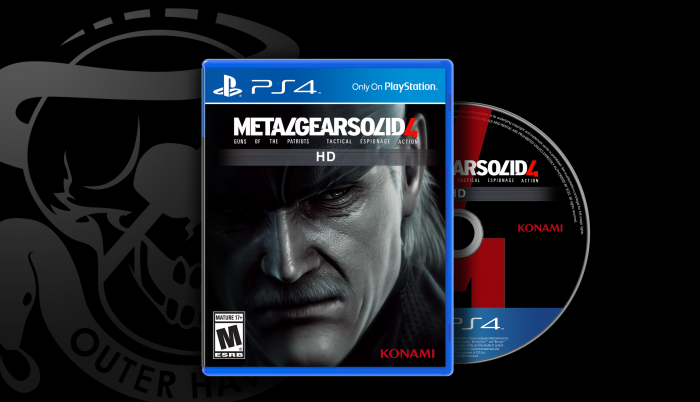 This is a publicity stunt used to triying to reach out to konami to remaster mgs4 for ps4, please download, print and help out.

Although little is known, MGS4 is being touted as the final installment in the Metal Gear Solid series.
Chameleon-like camouflage system, Octacamo, blends Snake into his surroundings.
Loads of characters from previous Metal Gear Solid installments will return in this final chapter.
Slated for simultaneous worldwide release in June 2008, Konami has released very few details about MGS4.
Built for the PS3, the game is expected to be the finest representation of the console's graphics

let me know if any of you are suffering problems

The thing is: MGS4 is already in HD. Maybe the best word could be "remastered"

true but what ever

ill make a updated version when i have the chance