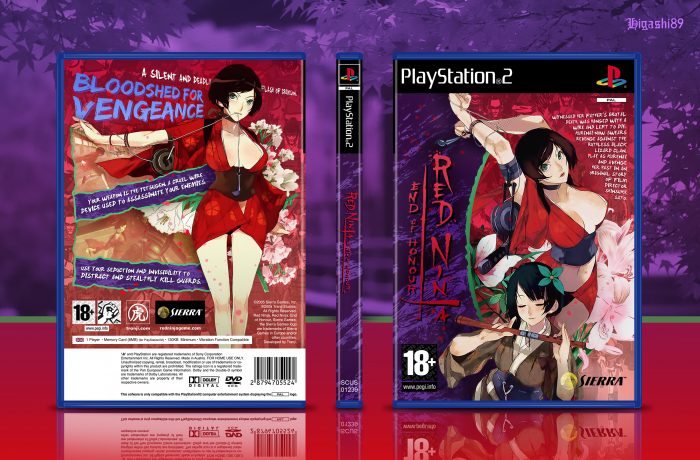 Red Ninja: End of Honor (or "Honour" as in the european/uk release) is a great game, I think not many people played it because it didn't catch on, it has some bugs regarding the gameplay and the camera angles, but aside of that, I had fun I played on my PS2 and I recommend it.

I wanted to create deepness within the artworks and the sort, and I'm really satisfied with the final result, I think I was able to make it as faithful to the source material as possible, and at the same time, I was able to make a colorful box by using a specific pattern of colors.

Thank you all those who helped me in the W.I.P. forums in a way or another, and please enjoy.

I think "flash of crimson" could be skewed less but this is great stuff man, awesome job.

I think the "Crimson" text along the top should've been skewed to the same angle as the main tagline, as the end of the text gets somewhat lost. This is great, nonetheless.

I though it was in the same angle. Looking at it again, maybe you're right

I really love this box. Congrats on HoF! :)

Great work Alex, you have done a really good job on this one. Bit late but congrats on the HoF