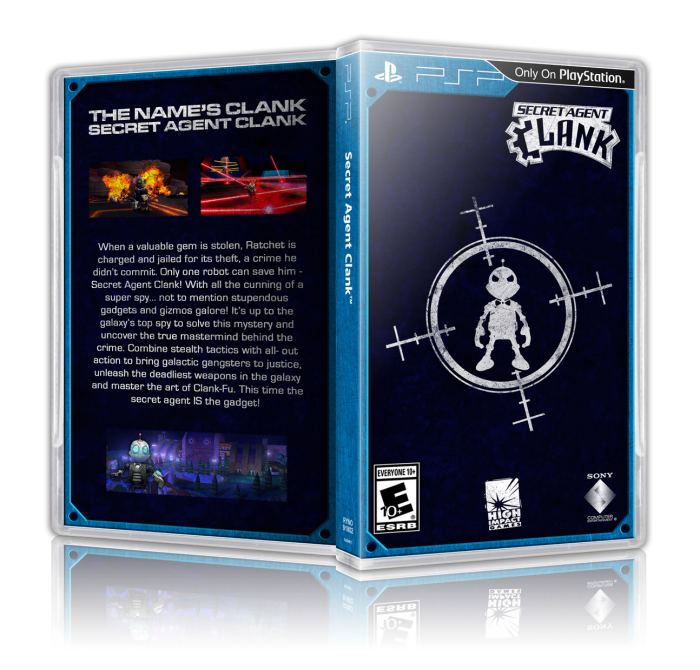 A cover for Secret Agent Clank, part of a series for the Ratchet & Clank games named Raritanium Editions, with simple, recognizable designs from the games. KBABZ worked on the primary design and assembly whilst HowXu made the vector High Impact logo, the game logo and the emblem, which is the logo for the TV series as seen in Up Your Arsenal.

For this cover, the colours are meant to link to the colours used for the original coverart. The tagline is from the US cover, while the blurb is a combination of those used on the US and EU covers.

I genuinely enjoy your dedication to consistency in your work.

It's a copy/paste, but the idea is that they're meant to be part of a boxset or something like that, heh. But thanks! PS2 cover should be up now.